For many borrowers seeking a home loan, the process of applying for a mortgage may seem strenuous and time consuming. They approach a lender, complete a mass of paperwork and wait for approval. But the process behind the scenes is one with many different layers, comprised of various entities that play a role in providing the funds needed to obtain property. Knowing the origin process of a loan can assist a borrower in choosing a lender that will service a mortgage with favorable terms while protecting themselves from financial entities that could be labeled as “bad actors.”

The mortgage and housing market is an extensive financial industry. However, not every entity involved is a depository or bank. Over two-thirds of mortgage lenders are considered “non-banks.” This element alone has caused the lending market to adopt certain lending practices such as providing loans to borrowers with poor credit and obtaining funds for such loans from sources other than from customer deposits. This trend is incidental to larger banks moving away from providing home loans due to the incurred risk and minimal profit margin. The latest example of this is the housing crisis that unravelled in 2008.

Non-bank lenders have been part of the U.S. housing market since the 1700s. During the Industrial Revolution, many immigrant workers sought to own homes, but larger banks were only interested in providing loans to their depository customers.

The need for home loans became even more prevalent as the farming industry began to expand in the West. The vast majority of lenders who provided borrowers with an alternative means of acquiring a home loan were independent lenders. Eventually, these lenders caught the attention of a number of entrepreneurs in the East. By the late 1800s, numerous mortgage lending companies in the West were in full-swing, catching the attention of state legislatures who pushed for these lenders to become licensed and submit annual and semiannual financial reports.

The Great Depression brought about one of the largest waves of loan defaults ever seen in the U.S. This prompted Congress to enact the National Housing Act in 1934, leading to the creation of Federal Housing Act (FHA). This act provided lenders with guarantees and financial backing against loan defaults in an effort to restore the U.S. housing market. This era also paved the way for the charter of Federal National Mortgage Association, also known as “Fannie Mae” in 1938. The purpose of Fannie Mae is to purchase FHA-backed loans from mortgage companies in order to provide these companies with a steady flow of liquidity required to support lines of credit.

As homeowners in the U.S. garnered more mortgage debt over the decades, lenders engaged in riskier strategies that resulted in several financial crises. One such crisis unfurled in the 1980s and involved the savings and loans industry. Interest rates set by the Federal Government and the returns that investors expected to see was at the crux of the situation. When the Fed lowered interest rates, Savings and Loans (S&Ls) could no longer match the returns that investors could have earned elsewhere. This resulted in investors withdrawing their funds to take their business to more profitable markets.

The second prong of this situation was that S&Ls had the majority of their mortgages packaged for long-term durations. When the Fed increased interest rates, the value of these mortgages drastically decreased, and the net worth of the S&L plummeted. Eventually, Congress was forced to enact reformative legislation and the taxpayers were left with the tab running in the hundreds of billions.

Of course, this wouldn’t be the last time that the housing market would spin the U.S. economy into a state of chaos. Banks and other lenders serviced loans to borrowers who would have failed to qualify for a home mortgage under the guidelines of stricter regulation were then enabled to obtain mortgages. This was at the crux of the housing crisis that took place between the years of 2007 to 2010.

The catalyst for this economic calamity was triggered by mortgage lending companies that took high-risk mortgages and bundled them together. They then sold shares of these collateralized debt obligations (CDOs) to investors in order to maintain funding for additional loans. When the Fed increased interest rates, borrowers who had agreed to adjustable-rate mortgages began defaulting on their loans. Many of these borrowers had insufficient sources of income and a general lack of understanding regarding the terms of the mortgages they had agreed to.

Mortgage lending companies began to go bankrupt, spurring panic among lending institutions and banks. As a result, many banks stopped lending altogether, causing the situation to worsen even more. Once again, the taxpayers were asked to bail out the banks so that they could then take the toxic assets off of their balance sheets and start lending once again.

The former Chairman of the Federal Reserve, Alan Greenspan, spoke before the House Oversight and Government Reform Committee on October 23, 2008 saying, "I made a mistake in presuming that the self-interests of organizations, specifically banks and others, were such as that they were best capable of protecting their own shareholders and their equity in the firms."

Picking Up the Pieces

The housing crisis that began in 2007 led to the intervention of the Federal Government not only for the purpose of providing financial salvation when the failure of the banks was imminent, but also to regulate and restructure a system that went unchecked until disaster struck.

The Federal Government pushed lenders to rewrite the terms of distressed mortgages as well as refinance loans that totaled more than the market value of the home. In addition, Congress enacted a temporary tax credit for homebuyers in 2009 and 2010 to help bolster demand in the housing market and boost the financing of new mortgages.

While these steps were taken to help remedy the financial damage that occurred, Congress also increased the maximum amount for home loans that the Federal Housing Administration would insure. Since the Federal Housing Administration offers home loans with a small or no down payment, the agency’s share of newly issued mortgages jumped from 10% to over 40%.

The Current State of Lending and Borrowing

Recognizing the risks associated with an under regulated lending market, Congress enacted the Dodd-Frank Wall Street Reform and Consumer Protection Act (Frank-Dodd) in 2010 in order to safeguard borrowing and lending within the mortgage industry.

As a component of Dodd-Frank, The Consumer Financial Protection Bureau (CFPB) was created and established the basis for the “qualified mortgage” or QM. This provision requires that lenders be certain that a borrower can repay the loan. If lenders are able to prove this, then they are entitled to certain legal protections. As a result, borrowers are now subject to greater restrictions and financial scrutiny when applying for a home loan.

The mortgage origination market has recovered and stabilized since the time of the housing crisis. The vast majority of mortgage products that fueled the housing crisis are now practically unavailable, but concerns still exist. As banks have enacted stricter lending practices, alternative lenders have been emerging to service borrowers with poor credit scores. While this method harkens back to the time shortly before the housing crisis took off, new financial technology companies have crafted innovative methods of borrowing and investing that benefit both sides with fairer terms while eliminating the involvement in banks altogether.

One way in which borrowers benefit from the lending methods offered from financial technology companies like that of Tellus is with interest that’s amortized daily. This schedule of paying interest differs from the monthly schedule adhered to by most banks. By amortizing interest daily, the borrower will end up paying less interest over the life of the loan. Moreover, Tellus allows borrowers to repay their loan early and does not enforce yield maintenance fees.

Investors can be private individuals who want to invest in real property and have the option to place a partial stake in the overall amount of the loan. This method of crowdsourced funding typically takes several investors to fulfil the obligation of the loan amount before the borrower receives the funds. Once the borrower begins repaying the loan, the investors collect the interest that would otherwise go to a bank or other lending institution.

The mortgage industry was born from noble intentions with the purpose of helping the economically disadvantaged achieve homeownership. The origins of the home lending industry began with helping settlers purchase property during the time of Western expansion in the U.S. and evolved into an over-the-counter method of lending and borrowing valued in the trillions.

The potential to profit from consumer lending has led to some less than noble practices and economic turmoil at the expense of the taxpayers. As a result, enhanced regulatory measures were implemented and borrowers now face more restrictions in obtaining loans through banks and other major lending institutions. However, the emergence of alternative lenders and financial technology companies have paved new ways for people to obtain mortgages without the risk of volatile lending practices. Mortgage amortization at a glance. A guide to the principal and interest payments for a home mortgage scheduled to be paid monthly or daily and how this impacts the total cost of a home. 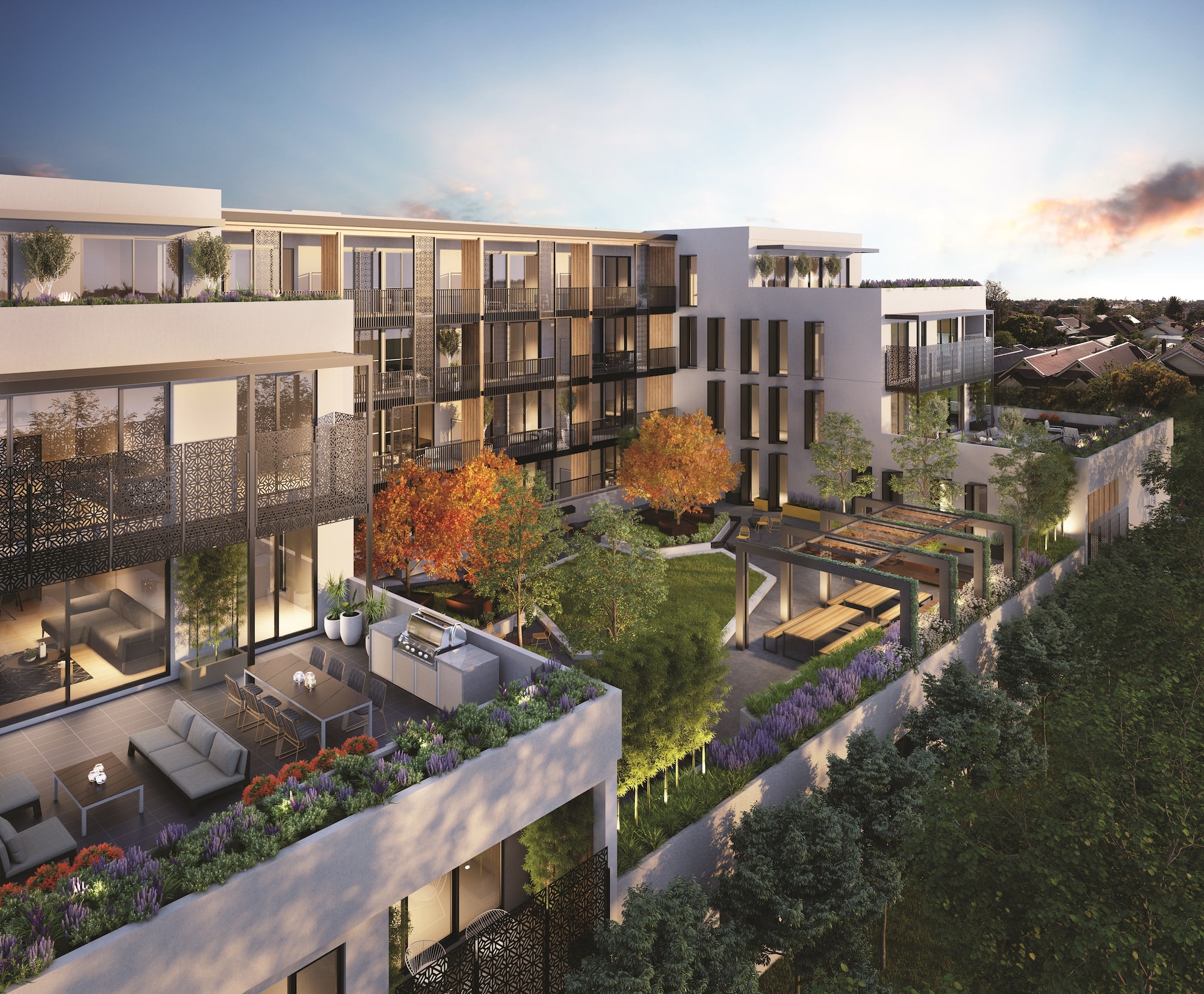 Private mortgage insurance (PMI) is a type of insurance required for certain mortgages. Continue reading to find out when it is required and how much it costs.